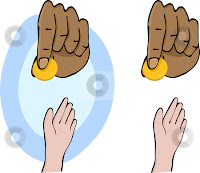 In the name of Allāh, the Most Gracious, the Most Merciful;
All the praise and thanks is due to Allāh, the Lord of al-`ālamīn. There is none worthy of worship except Allāh, and that Muhammad, Sallallāhu `alayhi wasallam is His Messenger

“Zakāh” means worshipping Allāh Subhānahu wa ta`ala by giving that which He has enjoined of different kinds of zākah to those who are entitled to them, according to the guidelines prescribed in syāri`ah.

Sadāqah means worshipping Allāh Subhānahu wa ta`ala by giving money [and deeds] without that being made obligatory in syāri`ah. The word sadāqah is sometimes used to refer to obligatory Zakāh.

The difference between Zakāh and sadāqah, it is as follows:

With regard to sadāqah, it is not obligatory on any kind of wealth; rather it is what a person can offer, without any specific limits or guidelines.

2 – Zakāh is subject to the conditions that one full Hijri have passed since acquiring the wealth, and that the wealth meets the minimum threshold (nasab) and it is a specific portion of wealth.

Sadāqah is not subject to any conditions, and it may be given at any time, in any amount.

3 – Allāh has enjoined that Zakāh be given to certain types of people, and it is not permissible to give it to anyone else. They are the people mentioned in the verse:

“As-Sadaqāt (here it means Zakāh) are only for the Fuqara’ (poor), and Al Masākin (the poor) and those employed to collect (the funds); and to attract the hearts of those who have been inclined (towards Islam); and to free the captives; and for those in debt; and for Allāh’s Cause (i.e. for Mujahidun — those fighting in a holy battle), and for the wayfarer (a traveller who is cut off from everything); a duty imposed by Allāh. And Allāh is All-Knower, All-Wise” [Al-Tawbah, 9:60]

With regard to sadāqah, it may be given to those mentioned in the verse on Zakāh and to others.

4 – Whoever dies and owes Zakāh, his heirs must pay it from his wealth, and that takes precedence over the will (wasiyah) and inheritance.

As for sadāqah, there are no such obligations with regard to it.

With regard to sadāqah, the one who fail to give it will not be punished.

6 – According to the four schools of law, it is not permissible to give Zakāh to one’s ascendants or descendents. Ascendants include one’s mother, father, grandfathers and grandmothers; descendents include one's children and their children.

Sadāqah may be given to one's ascendants and descendants.

7 – It is not permissible to give Zakāh to one who is rich or who is strong and able to earn a living.

8 – In the case of Zakāh, it is better for it to be taken from the rich of a land and given to their poor. Many scholars are of the view that it is not permissible to send it to another country unless that serves an interest.

9 – It is not permissible to give Zakāh to kuffār and mushrikeen.

Al-Qurtubi said: In Dar al-Islam (the Muslim lands), a captive could only be a mushrik.

10 – It is not permissible for a Muslim to give Zakāh to his wife. Ibn al-Mundhir narrated that there was scholarly consensus on this issue.

But sadāqah may be given to one’s wife.

These are some of the differences between Zakāh and sadāqah.

Ibn Battāl (rahimahullāh) said: “This hadīth indicates that every good thing that a person does or says is recorded for him as an act of charity”.

Imam An-Nawawi (rahimahullāh) said: The Prophet’s words “Every good deed is a charity” means that it is like charity in offering reward.

Email ThisBlogThis!Share to TwitterShare to FacebookShare to Pinterest
Labels: Righteous Deeds, Sadāqah and its Virtues, The Difference between Zakāh and Sadāqah, Zakāh

This is a Flickr badge showing public photos and videos from Radzi Ahmad. Make your own badge here.